Two blogs in one week – what on earth? Well, this one is actually coming to you a tad late as I forgot to post my October run of the month – but I first ran it in October, so does that count? It’s one I’ve ran a few times now because I truly adore it!

Short story – A couple of weeks ago my car was written off and due to a bit of whiplash in my lower back, I didn’t run for a while – instead, I listened to my body and stretched lots. I spent those ten days or so eating well (actually mostly vegan, but we’ll save that for another day!), rubbing my face in my dog, kissing Jamie’s face, wiggling my fingers and appreciating life. Luckily, that vibe hasn’t stopped and I am ready for long winter of cold training and just taking the time to appreciate the mountains and my ability to move.

Now, not having a car means I’ve been taking the bus every day, and Jamie has had to pick me up from the closest bus stop (6 miles away). Every day I follow the road along the base of the Sugarloaf back home. One day I decided to get off the bus early and run home instead. I was forced to run along trails and through forests I’d never even seen before, which was pure joy. This was the route I took earlier this week – I didn’t actually go all the way over the top of the Sugarloaf, but if you do, it doesn’t add much distance but another 200m of climbing. There is a bus from Crickhowell back into Abergavenny, so if you wanted to do it as a day hike then I would highly encourage it – the Dragon does the best post-walk food!

I hopped off the bus at the top of Mardy on the Hereford Road, just outside Simply Fresh Convenient Store, but if you’re driving then park at the leisure centre and walk up the Old Hereford Road as if you’re heading out of Abergavenny – both will join on to the same hiking trails. I will assume you will be taking this route.

Head up the Old Hereford Road as if you’re heading out of Abergavenny until you pass the Primary School and then Llwynu Lane on your right-hand side. On your left-hand side, just after Llwynu Lane will be a stile and a well-trodden track that heads up through a field. At the end of this field, cross the country lane and head over the stile and through the field directly opposite. At the top of this field jump the stile into the woodland. Follow the path along the base of the woodland and then cut up into the forestry – again, all along well-marked paths. The trail winds its way up steeply through the woodland for quite some time before breaking out on the top of Twyn-yr-allt – the views from up here are already gorgeous (yes, even in the dark!). 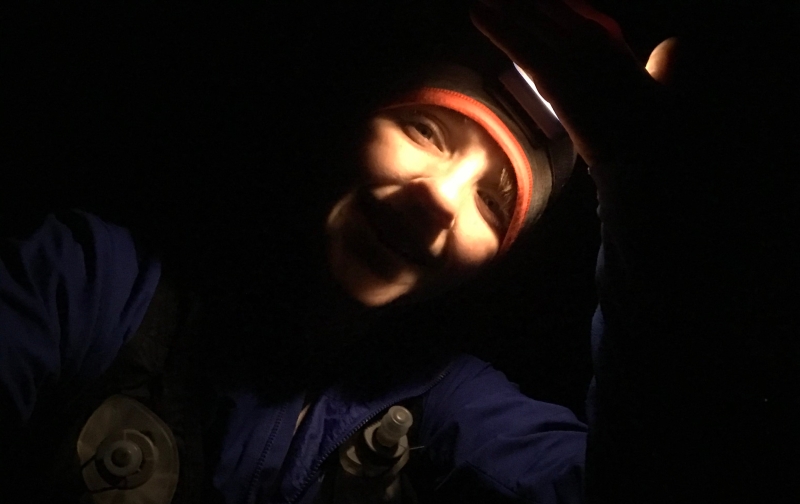 Follow the big, open path all the way along the Deri heading round and then up towards the Sugarloaf. It’s easy running on big, friendly paths that offer brilliant views of the Skirrid. At Twyn Gwyn is where I usually choose to keep heading straight – but this is the ideal path to take up to the top of the Sugarloaf.

If you’re heading straight, then stay on this path for a couple of kilometres, following it down to the stream and then back up and along the stone wall. Keep following the path until you come to a large wooden farm gate.

If you do go up the Sugarloaf, then head back down along Mynydd Pen-y-fal, cutting back down and left about halfway down to join back on to the path you were originally on (the path you’d be on if you opted to not go all the way up the Sugarloaf). Directly in front of you will be that wooden gate we talked about in the above paragraph. 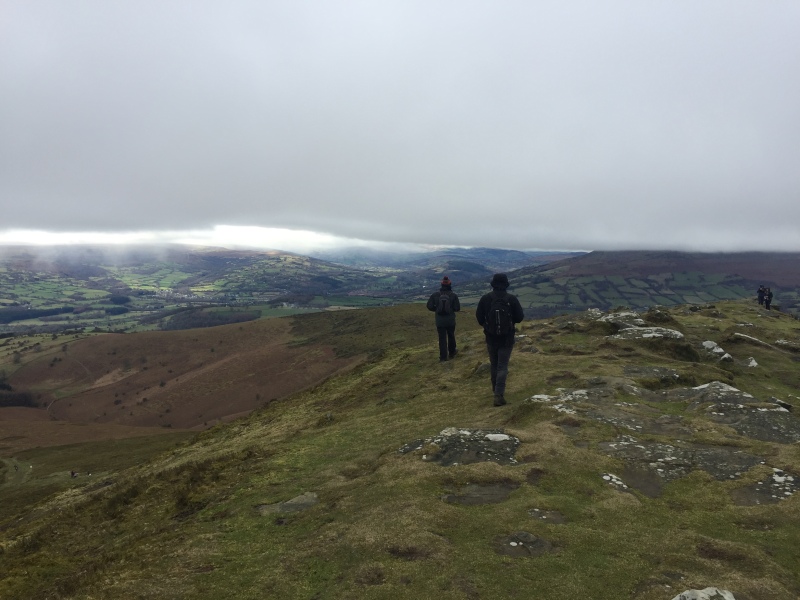 Follow this steep tarmac road down into Llangenny. This is where you can choose a whole host of different paths to Crickhowell – If I am in a rush then I will just follow Llangenny Lane back down into Crickhowell, but my favourite route is to follow the river down to Glangrwyney, cross the main road, through a field and follow the path along the River Usk back into Crickhowell – the choice is all yours!

Catch you soon, Ferals. Have a great weekend.

Happiness in its purest form 🧡🏃‍♀️⛰
Yep - I’m THIS stoked all the time. Hike, scramble, run, swim - I love it ALL. It might seem cute, but halfway through a long hike when you’re achy and I’m still running round like a puppy, you’ll find it pretty annoying 😂
Living out all my Snowdonia wild swimming dreams 😍😍